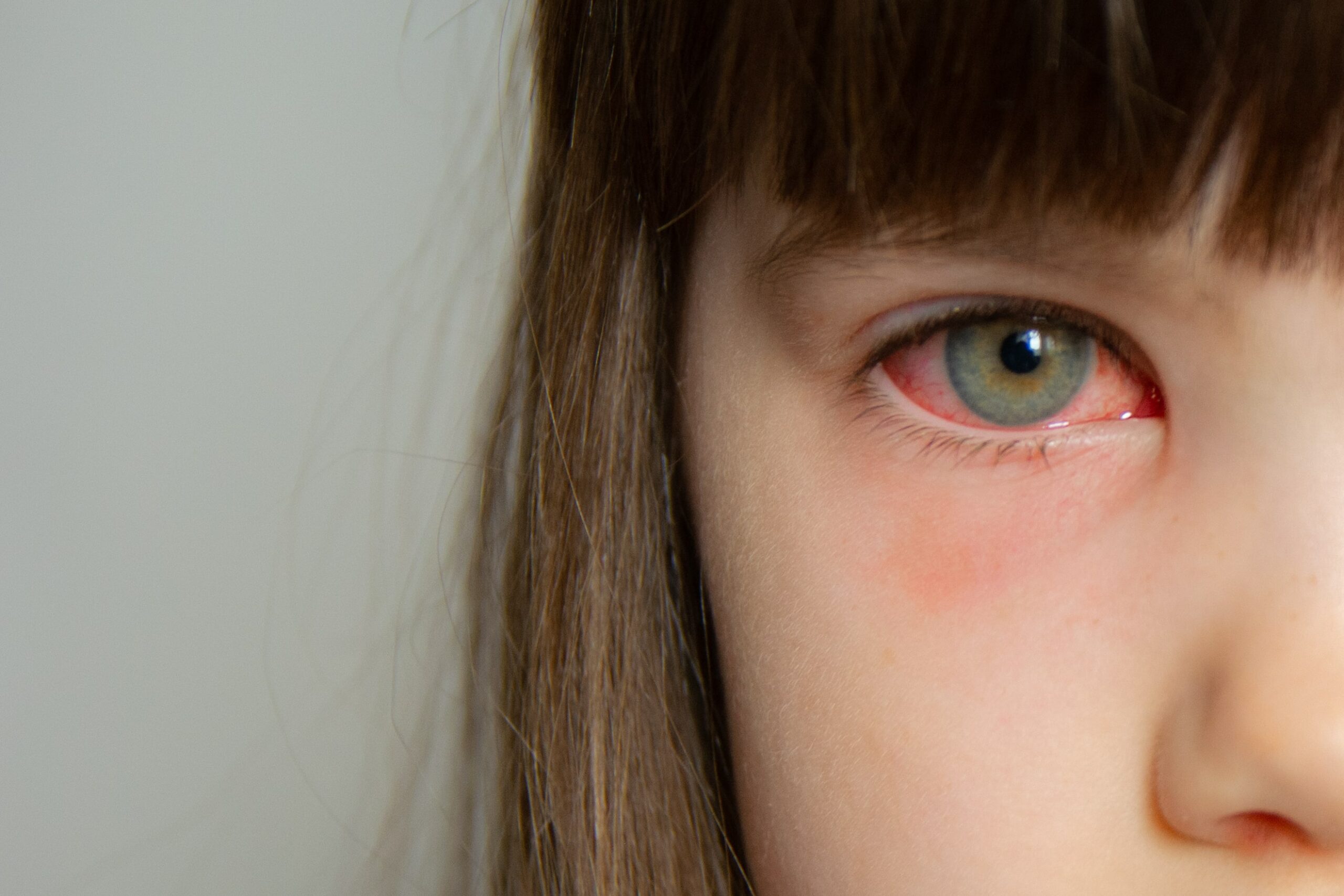 A doctor can treat your kid’s eye problem but if it’s not handled properly, junior’s vision might be in danger. “Oh, he’s just got a pink eye. Everyone gets that…” Pink eye or conjunctivitis is one of five common eye problems seen in children. Dr David Chan, a senior consultant ophthalmologist at Atlas Eye Specialist Centre, has details on what these are and how they are treated.

Conjunctivitis or pink eye tops Dr Chan’s list of common eye problems affecting children under age 5. This is an inflammation of the clear membrane (called the conjunctiva) that covers the white parts of the eye and the inner surface of the eyelid. These turn red or pink, and itch, sometimes producing a watery discharge — whitish or yellowish — that gums the kid’s eyelids together.

Says Dr Chan, “Viral conjunctivitis eventually clears up on its own, but eye drops can be prescribed to help manage the symptoms and relieve the discomfort.”

It is highly contagious, so children with conjunctivitis should get plenty of rest and wash their hands regularly to avoid spreading it to other children — especially after rubbing their eyes. Adult or child, we still rub our eyes although we all know they’re not supposed to.

Dr Chan adds, “Place a cold compress over the affected eye to relieve discomfort, and use a wet towel to gently remove the discharge crusted around the child’s eyes.” It goes without saying that compresses and washcloths should all be disinfected before and after use.

*Cold compress: A gel pack from the fridge, or a simple washcloth wrapped around a couple of ice cubes in a plastic bag (to prevent drips).

Some 10 per cent of newborns experience blocked tear ducts, says Dr Chan, which is often due to an underdeveloped tear-duct system at the time of birth. Blocked ducts in older children may be due to an infection or injury. Symptoms include watery eyes, redness and swelling at the corner of the eyes, a bump may also develop on the side of the nose. In some cases, pus may form at the eyelids.

Use warm compresses to “open up” the infected duct; your child’s doctor should prescribe oral antibiotics or antibiotic drops to manage the infection. If it’s severe, he may need surgery.

Occasionally, eye infections resulting from blocked tear ducts or trauma may spread to the surrounding tissues. Should the infection extend into the brain, it may result in serious infections and blood clots, which could be life-threatening. “As such, eye infections should not be taken lightly and it is important to consult an expert if the condition persists,” Dr Chan advises.

A red, sore lump in the eyelid, a stye is typically caused by an infected eyelash follicle. Dr Chan notes that this causes the eyelid to swell, and may also give rise to tearing, pain and discomfort. A chalazion forms when an obstructed oil gland — which lines the eyelids — grows slowly over time, usually away from the eyelid edge. Occasionally, the surrounding areas swell or are infected, although these generally hurt less than styes.

Applications of warm compresses and antibiotic eye ointment usually clear up styes and chalazions. Junior should see an improvement over several days, but if there isn’t, he may need a simple incision to drain the fluids and relieve the clogged glands.

Reduce the risk of styes and chalazions by keeping the area clean and reminding your child not to touch or rub his eyes if his hands are dirty.

Warm compress: Put a gel pack in the microwave (according to instructions on the gel pack), or fill a small cloth bag with rice and microwave it; wrap these in a towel to prevent burning. A third option is to use a facecloth soaked in warm/hot water (and squeezed dry).

If you have observed that one or both of your child’s upper eyelids droops more than usual, he may have ptosis, which may affect his vision if it’s serious. It can either be a congenital abnormality (the muscle in the upper eyelid does not develop properly), although Dr Chan explains that ptosis may also be acquired later on in life “due to an injury or trauma”.

Where ptosis covers the child’s field of vision (affects his ability to see clearly), you should seek early surgical intervention to raise the eyelid. Dr Chan, who advises that an ophthalmologist examine your little one’s condition, adds that surgery could be delayed till the child is 3 to 4 if the case is mild.

If your child’s eyes — which should be clear — suddenly look cloudy or white, bring your baby to see an ophthalmologist early to rule out serious eye conditions including retinal diseases, retinoblastoma (a tumour), even cataracts — yes, really, babies can be born with them!

“Most congenital cataracts require surgical removal, particularly if they could potentially affect the normal development of the child’s vision,” Dr Chan notes.

A retinoblastoma ― a cancerous tumour that quickly grows in the retina ― is the most common eye cancer among children, which could cause the vision to deteriorate. Signs include a whitish spot in the pupil — instead of the normal “pink eye” ― that can be seen in photographs. This condition should be treated in consultation with a paediatric oncologist, he cautions.

This story first appeared on SmartParents. Written by Heidi Yeo.