The importance of study breaks | Can lead to better academic results 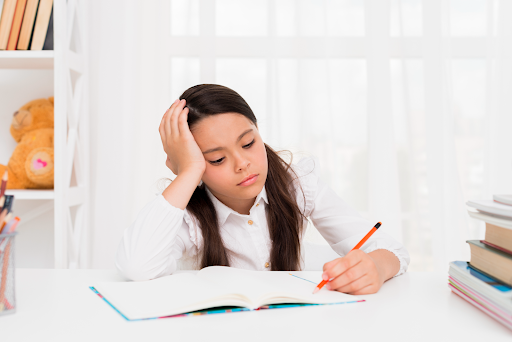 With the release of the Primary School Leaving Examination (PSLE) results every year, parents might be busy preparing their children for their first year in secondary school. It’s stressful stuff – a couple of new subjects like geography and history, longer school hours and an all-new environment. It’s also the perfect time to rethink studying. Tempting though it may be to let children cram for long periods of time studying, it isn’t necessarily good for their eyes and their academic performance. This article explores the importance of study breaks and tries to answer the question: How often should you let your children take study breaks?

According to the Health Promotion Board, children are recommended to take a three to five minute break every 30 – 40 minutes of near work such as reading, writing or using digital devices. Though there’s no hard and fast rule to how long your children’s study break should be, shorter but more frequent breaks have been suggested to be better for the eyes than longer but less frequent ones.

Parents may often be faced with a situation where giving their children a five-minute break from studying usually leads to them making a beeline straight towards their phones or other gadgets. Though that is a break from studying, it isn’t a break for their eyes. Parents should empower their children with something fun or interesting to do during their study breaks. Take them to the nearby playground, or give them a chance to help with cooking. This reduces the temptation for children to engage in their digital devices excessively, and also gives their eyes a chance to relax and refocus.

A study conducted by the University of Illinois found that participants who were given breaks across a 50-minute period did not face a drop in performance while completing a simple mental task, as compared to those who weren’t given breaks. Those made to work continuously saw a significant decline in performance. The lessons learned here are that regular breaks don’t just help protect our eyes – they also promote better results! These studies are just some of the published research that highlights the importance of study breaks and how it may lead to performance improvements.

That said, short eye breaks during crunch time could be as simple as looking out the window at distant objects, such as some greenery or buildings outside the window. At the end of the day, the answer to when and how long your children’s study breaks should be isn’t as simple as a hard number. Punctuating productive, focused study periods with fun, enriching activities help promote healthy habits in the long run.