Is blue light good or bad? A guide to understanding the effects 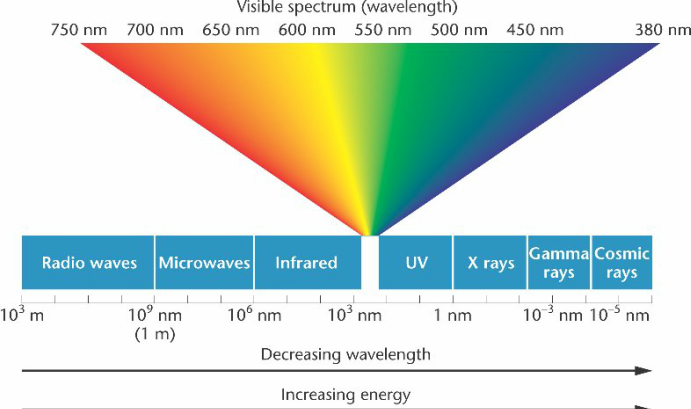 Visible light contains all the colours of the rainbow, with red and blue light at the extremes. Blue light has the highest energy among all the lights in the visible light spectrum, which is why it is also known as high-energy visible (HEV) light. Blue light is everywhere, emitted from digital screens such as smartphones, tablets and computers, and even the sun above our heads. In this article, we explore the effects of blue light.

Is blue light good or bad?

Like most things in life, blue light has both benefits and disadvantages. It is necessary for humans but can be detrimental when exposure occurs too much and at the wrong time.

During the day, exposure to blue light boosts our attention, reaction times, and even our mood and productivity by causing our bodies to produce less melatonin, which is a major sleep-inducing hormone. As the day gets progressively darker, the exposure to blue light from the sun decreases, and therefore the production of melatonin increases. This controlled exposure to blue light helps regulate our circadian clock, which is our body’s internal sleep-wake cycle that helps us stay awake during the day and signals us that it is time to go to bed at night. Beyond that, blue light is even used to treat seasonal affective disorder (SAD).

However, remember that too much of anything can be bad!

Blue light isn’t a new phenomenon; humans have been exposed to blue light for as long as we have been around because the majority of blue light comes from the sun. However, with the advent of modern technology, and devices like televisions, phones, tablets and laptops having a ubiquitous presence nowadays, we are becoming exposed to blue light almost constantly, even at night.

The same way blue light helps to regulate the circadian cycle if exposed to it during the day, being exposed to too much blue light late at night can actually disrupt your body’s circadian rhythm. This is a bad thing for kids and parents alike – a disrupted cycle means sleepless nights and daytime fatigue. Furthermore, exposure to excessive blue light may also result in digital eye strain (DES), a group of eye and vision-related problems that result from prolonged digital device use. Children and adults with digital eye strain may experience symptoms such as eye irritation, dryness, redness, sensitivity to light, and even blurred vision and headaches in more severe cases.

Being a parent is hard enough, much more when having to deal with grumpy kids, so what can you do to control blue light exposure?

Here are 3 things that you can do for yourself and your kids to counter the negative effects of too much blue light exposure:

Of course, the best way to avoid blue light is to start at the source of the problem. Avoid looking at bright digital screens around two to three hours before bed.

Probably the most popular blue light blocking measure, blue light glasses have filters in their lenses that either block or absorb blue light. This ensures that most of the blue light coming from sources around you is not reaching your eyes.

You can use a screen filter on your digital devices that will reduce the amount of blue light being emitted from the devices.
You can also switch your device setting to ‘night mode’ at night or use apps or extensions like f.lux, which will make the colour of your computer’s display adapt to the time of day.