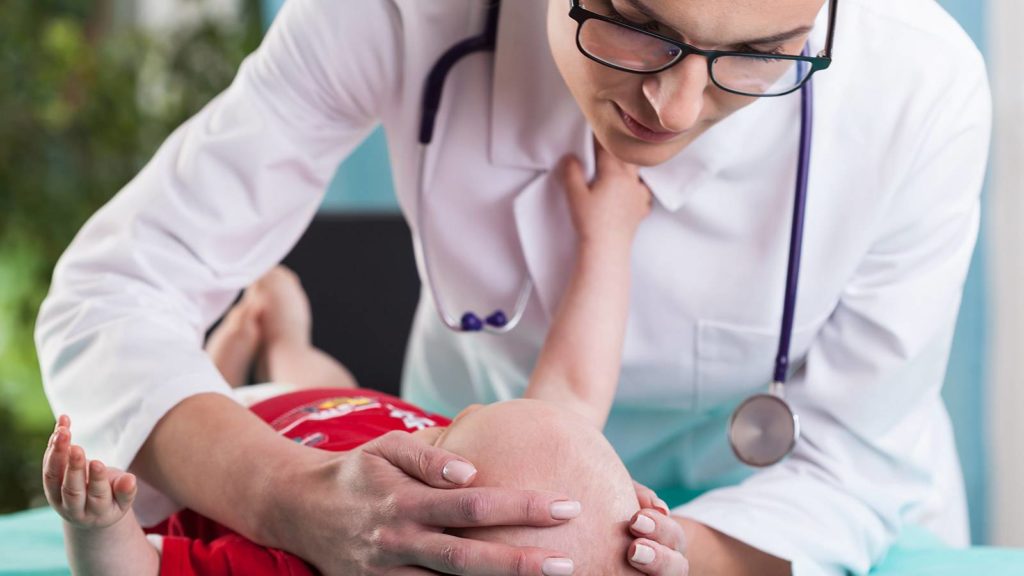 With the right eyecare and early detection, you can help your child have the best vision possible.

Ten fingers? Check! Ten toes? Check! This is what you inspect as soon as your precious bundle is placed in your arms after birth.
But what about baby’s eyes? Your little one’s vision is constantly developing as she grows, so it’s vital to bring her for routine eye tests to catch any issues early on.

Notes Dr Cheryl Ngo, a consultant at the National University Hospital Eye Surgery Centre, “The paediatrician or family physician should check your baby’s eyes at birth, when your baby is a month old, and every few months when she’s brought in for vaccination or developmental screening.”

Be wary of delayed motor milestones, like poor head control and the inability to sit upright, as these may indicate an underlying eye problem.

In addition to the torchlight test to check for squints or to see if the child is able to focus with each eye, the doctor will also carry out a red reflex test (an examination of pupil reflections) to detect any serious eye conditions, Dr Ngo explains.

* Keep eyes clean Always wash your hands before and after cleaning baby’s eyes. Soak a cotton ball in cool boiled water. Use separate cotton balls for each eye to avoid potential cross-infection. Wipe each eye starting from the inside corner to the outside corner of the eye. Talk to baby as you clean her eyes. Your soothing voice will calm and reassure her. Don’t clean the inside of baby’s eyelids.

* Pay more attention to premature babies Retinopathy of prematurity disease causes abnormal blood vessels to form in the retina in some preterm babies. It may lead to blindness if it’s not treated.

* Track developmental milestones Be wary of delayed motor milestones, like poor head control and the inability to sit upright, as these may indicate an underlying eye problem.

* Maintain a healthy diet Provide baby with the necessary vitamins and minerals to ensure optimal eye development. Babies less than 6 months old should only have breastmilk or formula. “After 6 months, introduce your child to various types of green leafy vegetables, egg yolks (a good source of two antioxidants — lutein and zeaxanthin — that are stored in the macula, which is part of the retina that acts as a natural sunblock) and fish, like salmon (omega 3 fatty acids),” Dr Ngo notes.

When to bring baby to a doctor

* Blocked tear ducts Some 90 per cent of babies’ clogged tear ducts will resolve on their own within the first year. However, this condition occurs when the nasolacrimal duct — the tube that drains tears from a small opening in the corner of the eye into the tears sac, then into the nose and throat — fails to open at its lower end in the nose, Dr Ngo explains.

This may cause baby’s eye to water constantly. Or she may wake up with “sticky eyes” — a yellowish or creamy discharge around the eyes. But if the eye is red, swollen or has excessive discharge, it could be an infection.

Unclog the membrane by massaging the tear ducts: Apply light pressure and move your fingertip in a semi-circle from the corner of the eye inward towards the nose. Make five to 10 strokes at least six times a day.

* Eye redness This can be caused by infections such as conjunctivitis, blocked tear ducts or a foreign object, such as dust particles, Dr Ngo says. Conjunctivitis or pink eye occurs when the membrane covering the white of the eye (conjunctiva) turns pink or red because of infection. Different forms include viral conjunctivitis (often linked to the common cold), bacterial conjunctivitis and allergic conjunctivitis.

* Squinting Also known as strabismus, this condition occurs when baby’s eyes are misaligned and don’t look in the same direction. This is because bubba’s eye muscles are not strong enough to hold the eyeball in a fixed position for long. If her eye condition persists beyond four months, see a doctor. Left untreated, she may experience vision loss (amblyopia) in the squinting eye.

* Congenital glaucoma If baby displays symptoms like excessive tearing, unusually large eyes, cloudiness of the cornea, and photosensitivity (sensitivity to light), she might have congenital glaucoma, a rare but serious condition caused by incorrect development of the eye’s drainage system before birth.

Eye redness can be caused by infections such as conjunctivitis, blocked tear ducts or a foreign object, such as dust particles.

Is baby’s eyesight developing as it should?

Baby can see at birth, but does not know what he’s seeing. As his retina develops in a few weeks, he’s able to see light and dark patterns, as well as large shapes and bright colours. Bubba focuses best on objects that are 20 to 35cm from his eyes, so talk and make funny, smiling faces when holding him close. Stimulate his vision by showing him colours (black, white, red, orange, yellow and blue) or bold-patterned toys, one at a time.

For the first two months, your baby’s eyes appear to be crossed or seem to wander out to the sides. This is normal and will eventually correct themselves. At 3 to 4 months, his eyes should work together to focus and track objects, like following you from across a room. As baby begins to develop hand-eye coordination, he’ll grasp things and bring them up to his face for a closer look. Babies should also stop appearing cross-eyed at this stage.

At 5 months old, baby may recognise you from across the room and smile at you. Play “peekaboo” with him. From 6 to 8 months, his depth perception (the ability to see how far an object is from him) is much more developed. This allows him to reach out and pick up objects from a range of distances. His colour vision is also improving. Show him picture books with colourful pictures, but only for a few seconds.

At around 9 or 10 months old, your baby can see and judge distance well enough to grasp something between his thumb and forefinger. He also recognises people clearly even when they are several metres away. By 12 months, most babies are crawling or trying to walk. Use age-appropriate, visually stimulating activities — like building blocks and puzzles — that let him touch, hold and see at the same time. Give him the freedom to crawl/cruise, as well as to explore different shapes and textures with his fingers.