Taking a Peek into the World of Esports | Plano | Save sight. Empower lives. 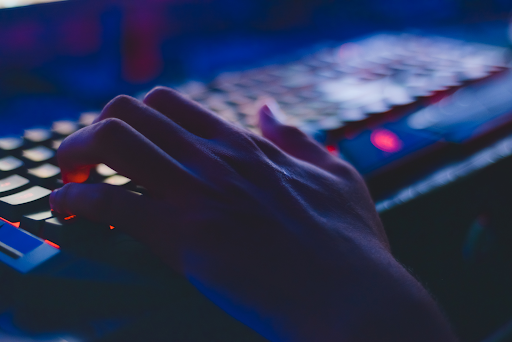 Gone are the days when our children could only kick a football or take a swing of their baseball bat in the great outdoors. A lot of things that people encounter in our lives have gone digital, be it the way people communicate with others or the ordering of food and drinks – even the field of sports is no stranger to the digital world.

Esports, or short for electronic sports, can be defined as a form of sports that is facilitated and mediated by electronic systems through human-computer interfaces. The world of esports is evolving into an increasingly popular and thriving industry of its own as it has transformed into a multi-million-dollar industry in recent times.

Today, children can enter the world of sports with just a few taps on their keyboard instead of having to physically head outside and make their way to a football field. In fact, turning to esports can help them beat the heat of the outdoor sun and prevent themselves from getting all sticky and sweaty. It doesn’t sound as bad of an idea after all, does it?

The COVID-19 pandemic that has been happening for over a year now has disrupted people’s daily lives as it has forced a majority of people to stay at home a lot more often. As children are cooped up in the house most of the time, this also gives them more time to consume digital forms of entertainment like esports viewing and playing.

In light of this recent phenomenon, parents naturally become concerned that children are spending too much on the internet, and in front of digital screens. Esports is a term that parents are not really familiar with and they might wonder whether it is really safe and conducive for kids to grow up playing and viewing this type of sports.

Pros and Cons of Esports 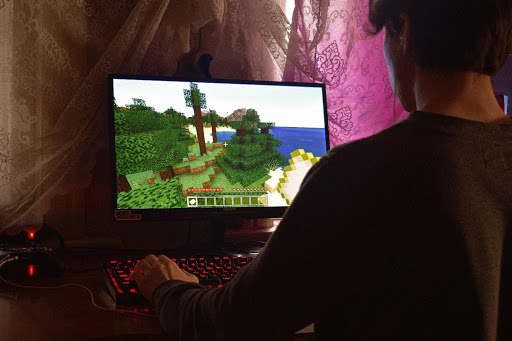 Esports do provide benefits for children in certain ways. After all, there must be some reason why children are so drawn to the world of esports. Some people view it as a way to relieve their stress, while others use it as a platform to socialize and make friends with other players and fans.

Electronic sports do share certain things in common with their physical counterparts. Serious players, especially esports athletes, usually need to train for long durations when they are preparing for an esports competition and they receive professional coaching as well. More often than not, it is hard for them to catch a break in between while they are participating in a competition, which is quite similar to how physical sports competitions work as well.

That being said, the kind of stress and injuries that esports players face is quite different. While contact sports result in a more physical form of exertion on the bodies of the players and athletes, esports produce higher levels of psychological stress that tires the brain more than the body. Nevertheless, e-sports players and athletes may also suffer physically in terms of body aches, headaches, and vision problems from staring at the computer screen for very long hours without taking regular breaks and doing much physical activities. Injuries have then shifted from those primarily on the arms and legs onto the eyes and the joints of the players.

This is definitely a cause for concern. As an increasing number of people spend extended periods in front of their computers, with most engaging in extended periods of playing online games, it has created new kinds of problems, which the WHO calls the ‘videogame vision syndrome’ . Staring at the digital screen for hours on end may cause their vision to go blurry after a while and cause them to develop symptoms of dry eye syndrome, such as eye irritation, eye fatigue and discomfort. If children already have certain vision problems like myopia or astigmatism, this may cause the symptoms of such conditions and diseases to manifest and progress at a faster rate.

In that case, how can we make sure that children are able to enjoy the many benefits of esports while keeping their bodies (and minds) healthy? 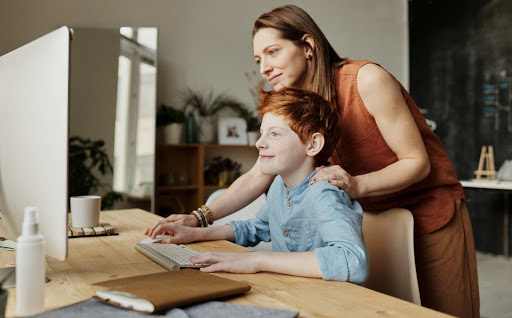 There is no single solution in making sure that kids do not get addicted to the world of esports. Every child is unique in their own way and parents should know their children’s behaviour best.

The general rule of thumb is to firstly understand what kind of world they are entering into when they start playing and viewing esports. It takes one to know one. Parents need to help and guide their children to weigh the benefits and risks of engaging in esports. By knowing what children are dealing with, parents will be at a better position to intervene how children can navigate the realm of esports.

Parents might even need to show a bit of tough love and put their foot down when their kids get a little too addicted. On top of that, practicing healthy behaviours while engaging with any form of esports, such as monitoring screen time, taking regular breaks, getting that daily dose of outdoor time, and even going for regular and timely eye checks to make sure their eyes are kept healthy will go a long way to ensure that children are able to enjoy and engage with esports for many years to come.