Does screen brightness affect your eyes?

Devices of every size and type are an unavoidable part of modern life. No matter what your occupation, or who you are, you are almost guaranteed to make use of some form of a technological device during your day-to-day activities.  In a survey report carried out in the United States in 2016, they found that 89% of American households owned a computer or laptop [1]. While this report is a few years old, they also noted that this percentage had been consistently on the rise for the last 20 years. This article explores whether or not the screen brightness affects your eyes. 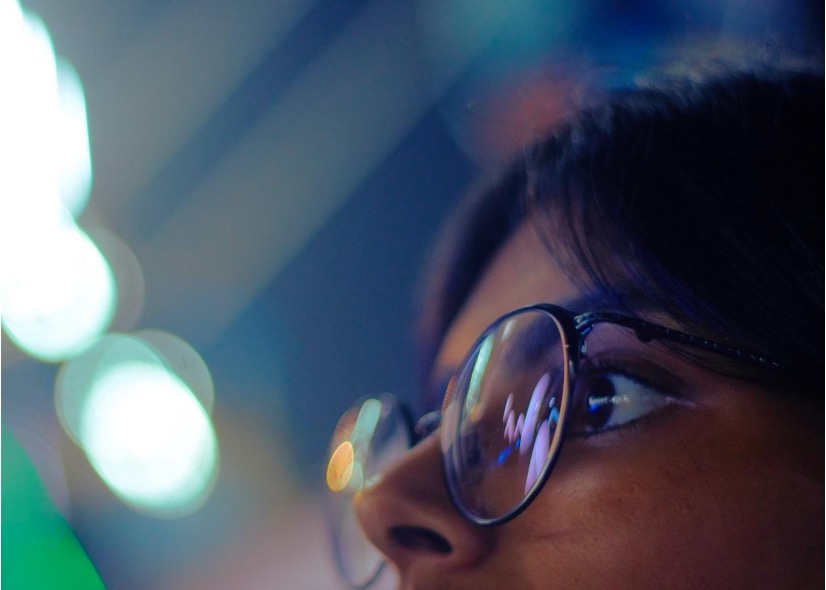 How do device screens affect your eye health?

As computer and device use has increased over the last few decades, there has been a myriad of studies and investigations into the effects that digital screens have on our health. These studies have been able to determine that any damage done to the eyes from screen use is temporary [2]. However, even though screen use does not cause permanent damage to our eyes, excessive device use can cause asthenopia. Asthenopia is a term that refers to eye strain, and the symptoms of eye fatigue, discomfort, and headaches. This particular set of screen use induced visual symptoms is called computer vision syndrome (CVS) or digital eye strain (DES). These symptoms can range from slightly dry and tired eyes to headaches and stinging, red eyes. The symptoms usually dissipate after some time away from the screen.

A study conducted by Clayton Blahm et al. [3], found transient myopia in 20% of computer users at the end of a work shift. Myopia (near-sightedness) is a type of refractive error where near objects appear clear and far objects appear blurry. Transient means that the symptoms are not permanent.

There are some ways that you can minimise your symptoms, like the 20-20-20 rule. This is the recommendation that every 20 minutes you look away from your screen and look at something 20 feet away (about 6 metres) for 20 seconds. This ensures your ciliary muscles (the eye that helps to control the shape of the eye lens when focusing on nearby and distant objects) aren’t becoming strained in their fixed viewing position. There are also more conscientious efforts, like making sure you are blinking often enough. Blinking is a mostly subconscious act, but it is important to our eye health. It has many purposes, largely in helping to lubricate the cornea with tears, and also removing debris from your eye. The cornea is the clear outer protective layer that covers the surface of the eye. When we do not blink often enough the surface of the eye becomes dry which causes discomfort [4].

How does light interact with your eyes?

Light is vital to how we see. Light passes through the cornea (the outer protective layer of your eye) and the domed curve of the cornea helps to bend the light on its way in. This light then reaches the iris (the coloured part of your eye) which controls how much light will then travel through the opening in the pupil (the black in the centre of your eye). From here the light passes through the lens. The lens is a transparent disc that sits behind the pupil and its main function is to focus the light onto the back of the retina. The retina is the light-sensitive tissue that lines the back of your eye. When light reaches the retina, cells called photoreceptors convert the light into electrical signals. From the retina, these electrical signals travel down the optic nerve which connects the eye to the brain, and the brain turns the electrical signals into the images we see.

How does blue light from device screens affect your eyes?

Blue light is part of the visible light spectrum, the light that the human eye can see. Each colour on the visible light spectrum has a different wavelength. Blue light has a shorter wavelength, sitting between 380 to 500 nanometres. Most light from screens is vibrating at around 400 to 490 nanometres. Blue light has been known to be phototoxic to your eyes, specifically for your retina, because of its shorter wavelength [5]. Phototoxicity is a condition where your skin or eyes become sensitive to sunlight and light. 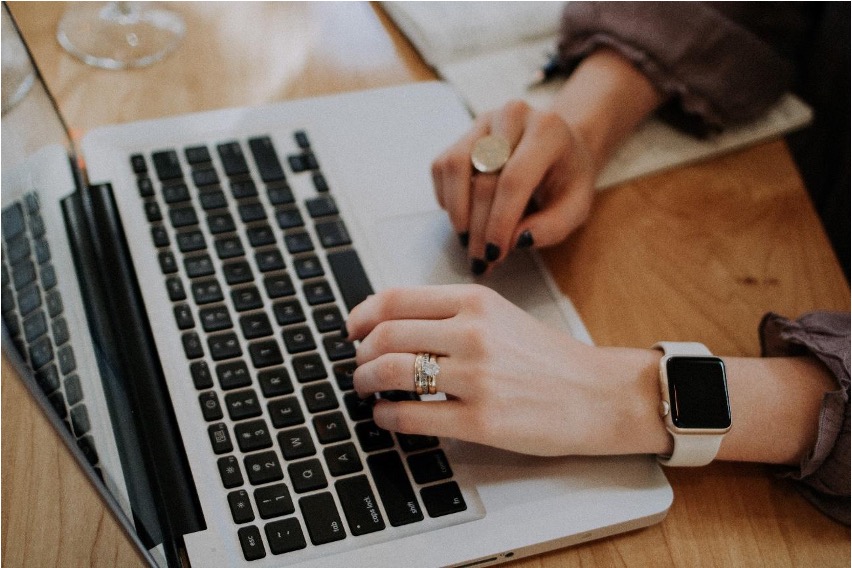 Do different levels of screen brightness affect your eye health?

High luminance is not itself a threat to eye health. Because the iris and pupil regulate how much light enters the eye, external brightness factors are rarely an issue. However, even though brighter light sources are not directly harmful, inappropriate lighting can result in visual symptoms. For example, working in low light can strain your eyes, and if your surroundings are too bright it can cause glare and dazzle, both of which can come with discomfort as comorbidity [6].

But, as you adjust the screen brightness, the blue light levels change inversely. An experiment conducted by EIZO [7], showed that increasing the brightness to counteract eye fatigue also reduces the amount of blue light by 60 to 70%.

So, while brightness itself is not a concern for eye health (unless you’re staring directly at the sun!) having your brightness set to a level that is more comfortable for your eyes, can also reduce the amount of blue light, which will protect your eyes from phototoxicity.