What is China's Gaming Curfew | Plano Parenting and Lifestyle

In the modern world, technology has become a common part of day-to-day life. Nearly everyone interacts with technology in some way throughout their day, via smartphones, laptop, tablets or at many times, all 3 for different purposes! This high dependency we have on our devices may have led China to be the first to impose gaming curfews on its youth population. 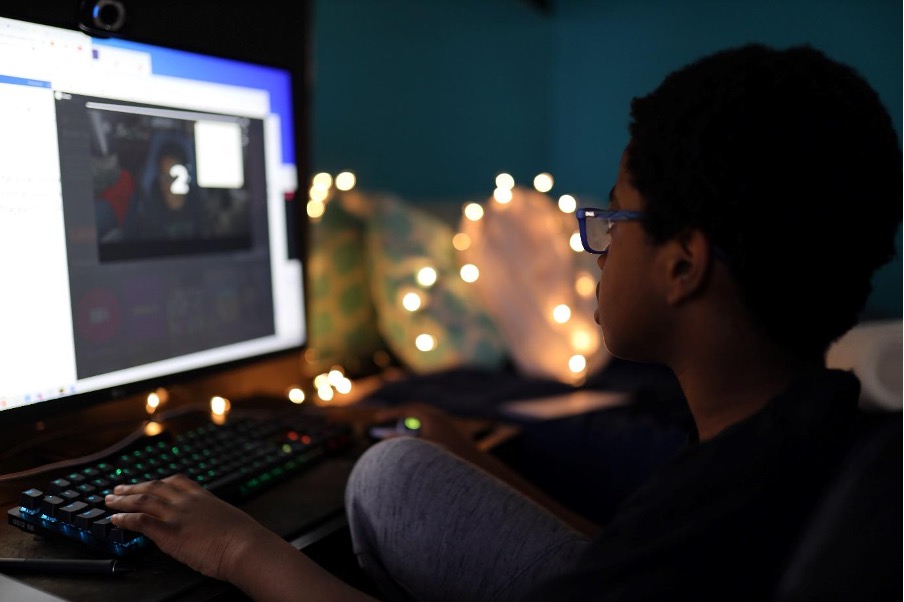 Excessive screen time has been linked in several studies to increased risk of health problems, such as digital eye strain and myopia. Myopia is a visual impairment where near objects appear clear, and far away objects appear blurred. The number of people worldwide with myopia is increasing at an alarming rate, with the prevalence of myopia as high as 96.5% in Asia alone. [1].

A study led by Plano analyzed that increased digital screen time has been found to increase one’s risk of the onset of myopia and rate of progression of their myopia [2]. The younger that a child develops myopia, the more likely they are to develop high myopia, which places you at higher risk of sight loss and eye diseases [3].

Moreover, research shows that 4 hours of screen time a day is associated with decreased psychological well being, decreased concentration, decline in social skills and can affect children’s development [4].

Along with normalisation and near necessitation of device use within society comes the younger starting age of device use. A study investigating the technological habits and medical impacts on 910 children aged 2 and 3 years old, found that on average at age 2 children spend 2 hours a day on devices [5].

China’s gaming curfew is being introduced in order to try and prevent online gaming and device addiction, along with the health repercussions of device use in children and teenagers. The ban came into effect on the first of September 2021 and means that people under the age of 18 are not allowed to play online games during the week. Teenagers are now only allowed to play online games for 1 hour on Fridays, weekends, and holidays. The ban further specifies that this hour of online game play is only permitted for people under the age of 18 between 8 and 9 pm.

This is not the first ban of this kind to be put in place by the Chinese government. Previously, rules established in 2019 limited people under the age of 18 years old to 90 minutes of online gaming on weekdays and 3 hours a day on weekends. According to news outlets [6], these changes in the rules regarding online gaming have come after concerns voiced by parents and guardians on the risks of gaming addictions and the impact of excessive online gaming on myopia.

Moreover, Tencent, one of China’s largest technology companies, and the world’s largest video game vendor, announced their support of the government’s new restrictions. Their official statement through their WeChat account, stated that they “firmly support the new rule” [7].

Early in 2021, in July, Tencent introduced a system called the Midnight Patrol. This system was added to over 60 of their online games, and if the player was playing after midnight, spending a particularly long time playing and spending a certain amount of money then the internalized identity confirmation system will begin. This will ask the player to verify their identity, using their facial recognition system which the company can check against China’s national citizen database.

While the Chinese government is seeking to protect their youth from technology through these more stringent measures, South Korea is seeking similar results by doing the inverse. In 2011 South Korea introduced a Shutdown Law, also known as the Cinderella Law, which prevents anyone below the age of 16 from playing online games between 12 am and 6 am. However, the Ministry of Culture, Sports and Tourism, and the Ministry of Gender Equality and Family have made the decision to abolish this law. According to the Korea Herald [8], this change comes out of their “respect for the rights of youths”.

However, this change in law should not be seen as a direct reflection of the government’s views and attitudes to online gaming and its consequences. While the Cinderella Law is coming to an end, the government is seeking the cooperation of parents by resorting instead to the use of a choice permit that has been available since 2012. This choice permit can be filled out by parents and guardians specifying which times they will allow their children to be able to play online games.

This opens the debate of to what extent authorities should intervene into the freedom of their citizens. Even if it is for their citizen’s benefit, can a more lenient, and cooperative route achieve the same desired outcome? Only time will tell.