Digital Eye Strain (DES) – Are you at risk? Symptoms & causes 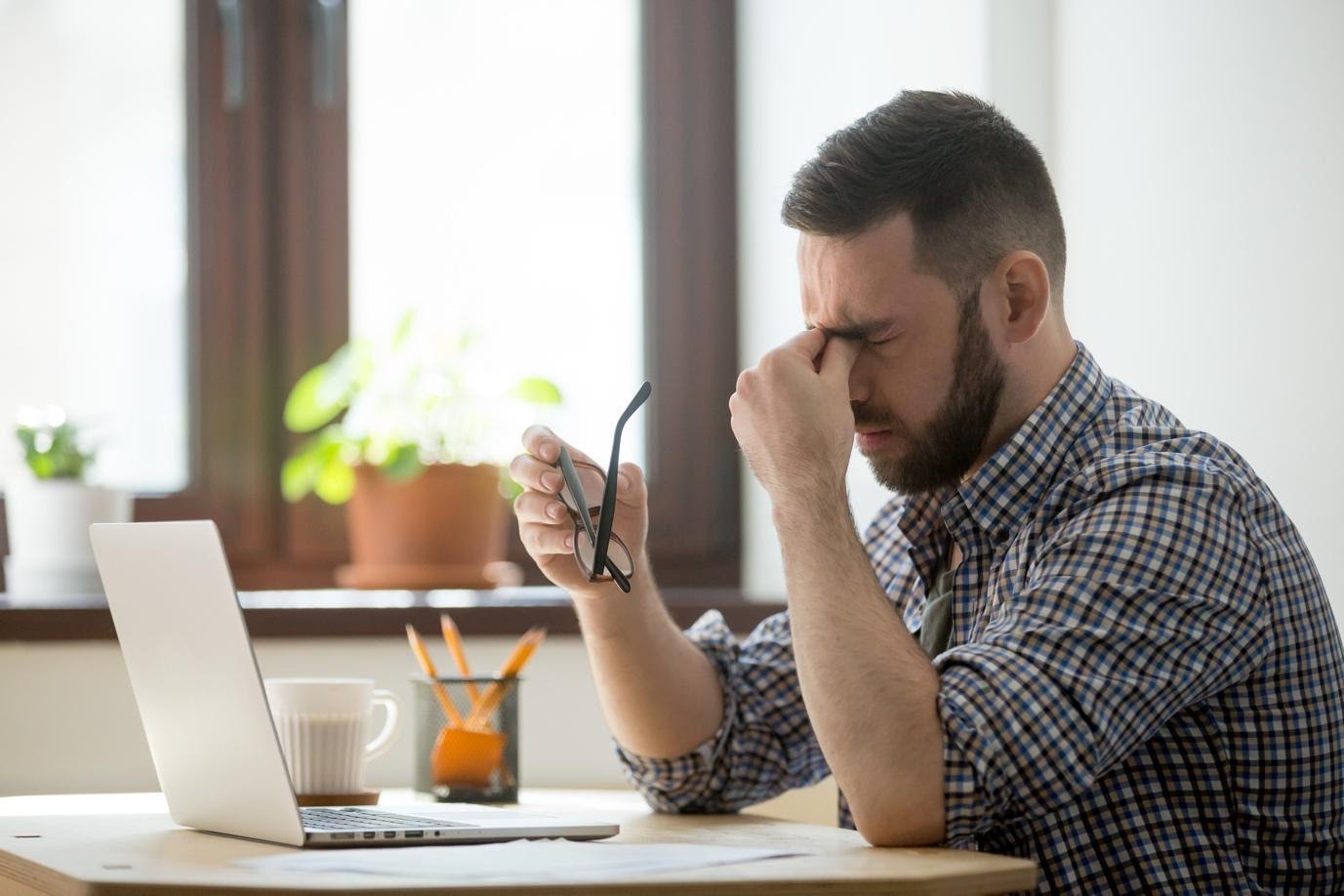 Digital Eye Strain (DES), sometimes referred to as computer vision syndrome, is exactly what it sounds like – eye-related problems that occur as a result of prolonged digital device use. Anyone who has been using their phones too long (definitely guilty of this over here) or stared at a computer screen the whole day will likely have experienced some of the symptoms of DES, which include blurred vision, dry eyes and eye strain. Read on the find out the question: Are you at risk of digital eye strain?

DES is a very common eye disorder, affecting an estimated 20% of children and as many as 90% of university students. Generally, there are 4 main risk factors that may explain how likely an individual is to get DES.

Typically, the level of discomfort and severity of the symptoms experienced by people affected with DES appears to be proportional to the amount of time spent on digital devices. That is, the higher your digital screen exposure, the worse your eyes feel. In fact, spending more than 8 hours a day looking at digital screens actually doubles the risk of someone experiencing DES-related symptoms.

Wearing contact lenses has been shown to increase the risk of developing DES by worsening dry eye-related symptoms. A study conducted on American adults showed that contact lens wearers were 5 times more likely to report DES symptoms as compared to their peers who wore spectacles. The study also found that these DES symptoms worsened when the participants engaged in more than 3 hours of device screen time per day. However, contact lens wearers are generally more prone to experiencing DES-related symptoms.

Surprisingly enough, gender seems to play a role in someone’s risk of getting DES. According to the 2016 Digital Eye Strain report, which included survey responses from over 10, 000 American adults, women are more likely to report DES symptoms than men (69% prevalence for females vs 60% for men). This higher prevalence of DES among females may be due to hormonal factors that reduce tear producing in females, thereby aggravating dry eye-related symptoms.

Unsurprisingly, working adults who have to look at screens the whole day, such as office workers and bank employees, experience higher rates of DES than their counterparts who are exposed to less digital screen time. In fact, it is estimated that an astounding 90% of the 70 million US workers who use digital screens for more than 3 hours a day suffer from DES symptoms.

It is not all doom and gloom

There are ways to treat and prevent DES symptoms, like taking regular eye breaks in between digital screen use and using eye drops to alleviate dry eye symptoms. For some people, correcting refractive errors with conventional lenses may alleviate eye strain. These lenses may also be treated with filters that block out harmful blue light to alleviate eye fatigue-related symptoms of DES. However, prevention is better than cure, so try to cut back on unnecessary device use and engage in some fun outdoor activities instead!