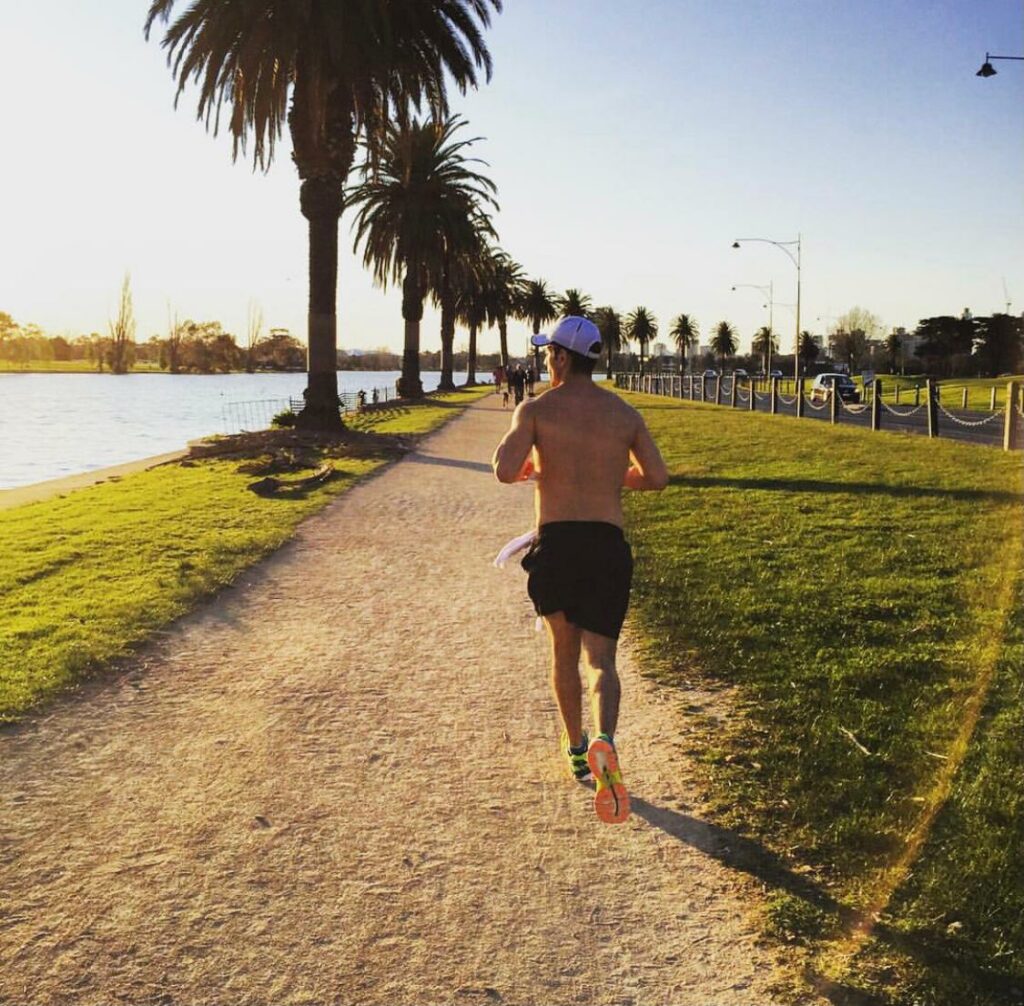 From a personal frustration to the most innovative health tech start up in the world in 3 years: Plano’s origin story on the run.

The Plano origin story began in May 2017, as a passing thought.

I was out for my usual 10 km run. Two laps of Albert Park Lake, South Melbourne, Australia. I would often run with my phone at hand. A bad habit that eventually served me well. Although it was intended for only emergencies and to track the metrics of my runs, I had fallen victim to checking and at times responding to notifications all while running. This was probably an early sign of device dependency or even internet addiction syndrome.

I would often find it difficult to refocus my distance vision and then adjust to my running pace after fixating and tapping at a tiny screen. On that evening, this nauseating habit occurred a few times. Frustrated by this, I slowed my pace and fell into deep thought. I wonder how many other people are being unnecessarily distracted by these tiny screens. I was disappointed in myself, these messages, emails, and other notifications were not important enough to disrupt my outdoor time in nature. The phone became an extension to my being.

The following thoughts and questions were the start of Plano. Here are some I remember.

At what age do parents allow their kids to have a phone?

How much time are kids spending on their smart devices?

How close are they holding these devices to their eyes?

Are kids dependent on their smart devices, and if so, how is affecting their health?

Is screen time associated with myopia (aka short-sightedness or near-sightedness) and digital eye strain?

My mind was racing, with so many unanswered questions. I knew technology was here to stay and, in many ways, it was advancing the world. But if others were behaving like myself, it would eventually work against us. I made it home from my run. High on endorphins and loaded with questions, I began my research. I was at an advantage because my PhD was in myopia and research was my bread and butter. The dots were connecting.

The first draft of Plano’s business plan was completed that same evening. Ironically, the solutions were formed based on using technology and AI alongside education to solve the global problem of childhood myopia and excessive digital screen time in kids. The name Plano, which loosely means free of any optical defocus came a couple of days later at the most unexpected time. The very next day I called two key opinion leaders and mentors, Professors Jonathan Crowston and Wong Tien Yin, who are both ophthalmologists and scientists. They supported the idea, and they continue to support and contribute to what has become the most innovative health tech start up in the world.

For the record, I do not respond to any messages while running now, unless it is from my mum.

About the author:
Dr. Mohamed Dirani, PhD, MBA, GCAID, is the founding managing director of Plano Pte Ltd and an adjunct associate professor at the Duke-NUS Medical School. He is also an adjunct principal investigator at the Singapore Eye Research Institute and an Honorary Fellow at the Centre for Eye Research Australia.