Childhood obesity might be a key concern for parents like yourself worldwide. 2020 data from the World Health Organisation (WHO) revealed that an astounding 39 million children under the age of 5 were overweight or obese[1]. If your child is overweight, he or she might face health risks like asthma, high cholesterol and high blood pressure. Several factors, such as genetics, inadequate physical exercise and high calorie diets, contribute to childhood obesity. According to data from the Centers for Disease Control and Prevention (CDC), the obesity prevalence in the United States for example was 13.4% among 2- to 5-year-olds, 20.3% among 6- to 11-year-olds, and 21.2% among 12- to 19-year-olds. The CDC findings also revealed that obesity can be defined as a body mass index (BMI) at or above the 95th percentile of the CDC sex-specific BMI-for-age growth charts. Recent research is showing that screen time may be linked to obesity in children. 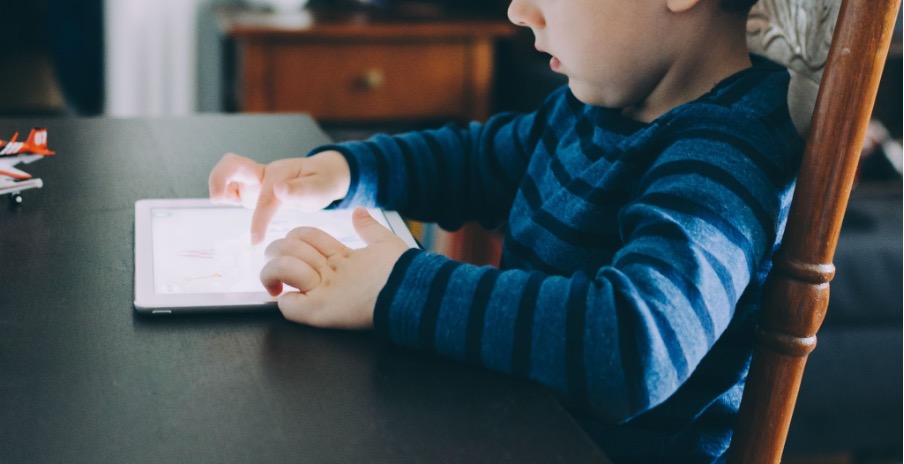 Obesity as a problem is further worsened with the prevalence of technology and digital screens that encourage more sedentary behaviour among children. Indeed, studies have shown that increased screen media use (video games, television, tablets, computers) can contribute to obesity in children and adolescents. Screen time exceeding one to two hours daily can generally be called excessive[2]. Warning signs of children having too much screen time include obesity and weight gain[3]. Garry Sigman, MD, a pediatrician and obesity expert at Loyola University Health System and associate professor of pediatrics at Loyola University Chicago Stritch School of Medicine asserts that there is a direct correlation between screen time and number of patients who are obese. Sure enough, escalated screen time has resulted in increased food and calorie intake. Advertisements for low-nutrition and high calorie foods and beverages have impacted on screen users’, particularly children’s, eating habits. Moreover, prolonged screen time has been linked to sleep disruption[4]. Studies have revealed that 57% of teenagers who use technology in their bedrooms have problems sleeping[5]. Conversely, reduced screen time has resulted in reduced weight gain in children[6]. The following sections depict the relationship between sleep loss and obesity.

When your child is spending prolonged amounts of time on the screen watching a film or playing video games, he or she is more likely to munch on high-calorie snacks with low nutritional content when involved in such pursuits. Over time, your child is more likely to gain weight or even become obese if he or she lacks physical activity and is sedentary most of the time.  Several food advertisements on the television or on the Internet might trigger food cravings. Your child might be influenced by such advertisements promoting low-nutritional and high calorie foods and head for the kitchen more often than usual if such snacks are available at home. For example, television commercials aimed at children often feature sugary, unhealthy foods and drinks. Just seeing the commercials can make your child crave a snack even when he or she is not feeling famished. Should your child be unable to control his or her cravings, he or she would likely munch on some snacks in the house and gain weight. Such are the effects of increased screen time.

Research on sleep duration and body mass index (BMI) revealed that the less teenagers slept, the more likely they were prone to being obese or overweight.  This is because when a person sleeps less, leptin levels would fall whereas ghrelin levels would rise.  Leptin and ghrelin are hormones that synchronise one’s appetite. When your child is not getting adequate sleep of at least 7 hours per night, the amount of leptin and ghrelin produced changes, leading to escalated feelings of hunger[7]. In developed nations like Singapore, where food is widely available, children who have increased appetites due to shorter sleep durations are more likely to gain weight and be obese[8].

Undeniably, the time your child spends in front of the screen, whether it is a tablet or a smartphone, is usually sedentary. By spending time in front of a screen, your child would forgo physical activities like exercise regimens. Such opportunity costs, coupled with unhealthy snacking and reduced sleep time, would translate into weight gain and even obesity if left unaddressed over time.

What can parents do?

As a parent, you can help your child to reduce screen time, get physically active as well as fight obesity problems (if any). For example, restrict your child to around one to two hours of screen time each day, bearing in mind that your child could have online homework assignments from school.

Be firm and authoritative in this and not pander to your child’s pleas for extended video game or movie time. Particularly, should your child approach bedtime, limit your child’s access to electronic devices like tablets, mobile phones, and computers because screen time can negatively impact your child’s sleep.

Incorporate some downtime into your child’s daily routine to make sure that your child is getting sufficient sleep. Avoid keeping unhealthy snacks in your house and replace them with healthy snacks like fruits instead. By doing so, your child would be unable to access such high-calorie and low nutrient snacks should he or she be tempted to eat.

Encourage outdoor play and physical activities as an alternative to screen time. Hence your child would have more opportunities to burn some calories and reduce weight.

Do not neglect your child’s eye health as well

Getting your child to remain fit and healthy should be a priority as a parent. While your child might have to spend more time on the screen due to home-based learning or increased use of technology in schools, ensure that your child gets adequate time away from the screen and takes regular eye breaks. Do not neglect the eye health of your child as well. Get your child’s eyes checked regularly in order to protect your child’s eyes. If you are living in Singapore, use the planoEyecheck smart optometry system to book an appointment with an experienced and reliable partner optometrist today.

[2] “Too much screen time for your children may lead to unhealthy behaviours growing up”, https://sph.nus.edu.sg/2020/02/too-much-screen-time-for-young-children-may-lead-to-unhealthy-behaviours-growing-up/ , Retrieved 2 August 2021.